Premiere of All or Nothing in Jacksonville, FL

As people strolled by the San Marco Theatre in Jacksonville, FL, on April 16, 2017, they were surprised to see a huge crowd of people streaming out of its front doors. “What’s going on here?” 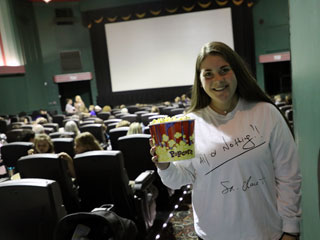 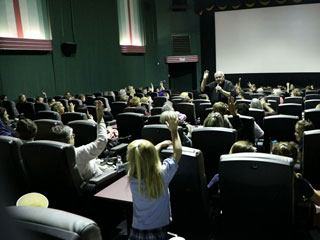 This documentary film shows more than 15 years of Sister Clare's life. It’s a life that was full of joyful surrender to the Lord. Sister Clare spent four years of her life serving in the community of Servant Sisters in Jacksonville, FL. If you ask those that knew her what memories they have of Sister Clare, people can’t help but be impacted.

“Watching the movie about her life,” said Father Fred Parke, Pastor of the Assumption Catholic Church, “just goes to show as Scriptures says that, ‘unless a grain of wheat falls to the ground and dies, it remains just a grain of wheat; but if it dies, it produces much fruit.’ The fruit of her death is still being experienced today.” Indeed, the spiritual fruit that this film is bearing is abundant. Families are being united, there are graces of conversion, young people are responding to their vocation; there is general impulse to give, not just more, but everything as Sister Clare did. 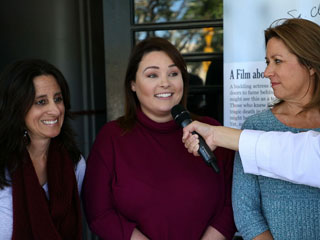 “Even though she’s not here now, she is still touching people,” said a mother of 7 children who attends Assumption Catholic Church, the same parish where Sister Clare served. “Our family prays the rosary every night thanks to Sister Clare.”

I didn’t have the privilege of knowing Sister Clare, but I feel as though I was able to meet her today through this film,” shared one viewer. “Everything spoke to me about her self-surrender, her constant attitude of giving, and I feel like that is something that the Lord has been asking of me recently within my vocation to marriage and within my family.”

Her former students were shocked and yet filled with hope to see her past life and the transformation that took place in her soul over time. “It makes me realize that holiness is possible,” said one high school student who had Sister Clare as a teacher when she was in 2nd grade.

May Sister Clare’s life continue to bear much fruit and encourage us to give everything.