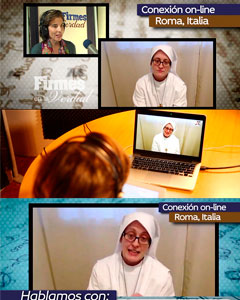 Sr. Kristen knew Sr. Clare personally and lived closely with her during their years of formation. After Sr. Clare’s death, Sr. Kristen was the one in charge of the production and distribution of the documentary film All or Nothing: Sr. Clare Crockett. She speaks about Sr. Clare’s worldwide impact and points out a few impressive testimonies she has received, which demonstrate the good Sr. Clare is doing for many people.