All or Nothing: Sr. Clare Crockett

Who was Sister Clare?
You can read her story here.

When was the film released?
The film was released on April 16, 2018, on the second anniversary of Sr. Clare's death.

I have trouble understanding the Northern Irish accent in the trailer. Please help!

Click the "CC" button to the right of the play button on the trailer and you will be able to see the closed captions of the interviews to help you understand the accent.

Whom have you interviewed?
We have interviewed Sister Clare’s parents; close friends from her youth; Fr. Rafael, the founder of the Home of the Mother and Sister Clare’s spiritual director; several Servant Sisters of the Home of the Mother who were very close to her, including those who were in the house in Playa Prieta when it collapsed; and people who were touched by her while she was living and after her death.

How did the idea come about?
We were amazed by how Sister Clare’s story reached so many people so quickly after her death. The fruits were immediate and many people wanted to get to know her better. The Servant Sisters of the Home of the Mother began to look through their archives and found many images of her. We want to make all of this material reach all of you, so that you too can get to know who Sister Clare was. We hope it will move you to imitate her in fighting relentlessly for holiness, without holding anything back.

Note: Neither this film nor the comments published on this website wish to make any judgements about Sr. Clare's holiness that belong only to ecclesiastical authority. 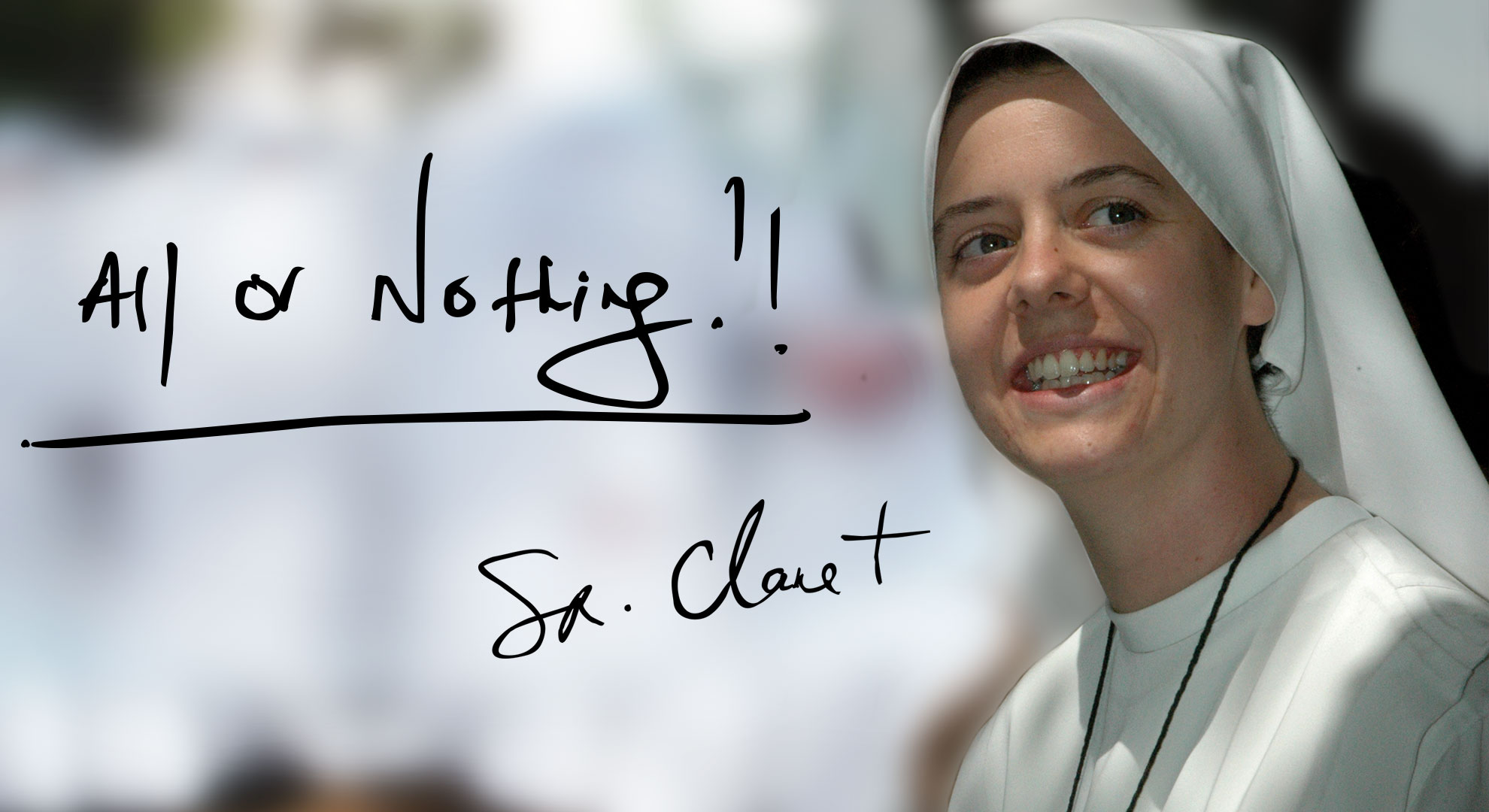