“I Prefer Paradise” in Italian

While preparing for summer camp this year in northern Italy, the sisters thought that it would be a good idea to translate “I Prefer Paradise” to Italian. Sr. Anna Riordan tells us about it.

One of Sr. Clare’s most famous songs is, by far, “I Prefer Paradise,” a beautiful poem written by Sr. Estela. It is dedicated to the “Guardian of the Faith,” a Marian avocation venerated in El Cajas, Ecuador, very dear to our communities in Ecuador. Sr. Clare composed the music and, on petition from the young people, then sang it hundreds of times. While preparing for summer camp this year in northern Italy, the sisters thought that it would be a good idea to translate “I Prefer Paradise” to Italian. Sr. Anna Riordan tells us about it. 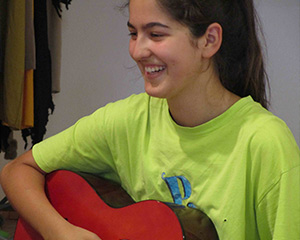 Just like every year in July 2017, the Servant Sisters of the Home of the Mother in Lumezzane and Brignano, Italy, were preparing the girls’ summer camp. An important moment in those weeks' preparation was a weekend get-together with the girls who would later be the group leaders. That weekend, we had the idea of translating Sr. Estela and Sr. Clare’s song, “I Prefer Paradise” to Italian so that we could sing it during camp with the girls. Sr. Clare, along with St. Phillip Neri, was the “patron” of the camp, “patron” as in role model. We thought that the song could help the campers get to know their “patron.” We also wanted the message to get through: generous self-giving under Our Lady’s protection. What better way to do this than learning and singing this wonderful song?

The future group leaders were enthusiastic and in about an hour one of them – Maria Chiara from Lumezzane – could already play it on the guitar. We thought that it would be good if someone could sing it with a style and strength similar to that of Sr. Clare. That way we could record and learn it better with the campers. Veronica Venturini, a young woman also from Lumezzane, came to our minds because we know her well and she has a beautiful and powerful voice. We told her about it on Saturday, and on Monday she came to record with Maria Chiara. 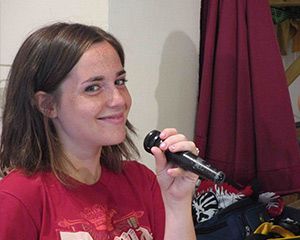 You can tell that Veronica made a big effort to imitate Sr. Clare’s way of singing this song. We would like to thank her from here and hope that singing it has been a grace for her. It has been a grace to be able to sing and understand “I Prefer Paradise” for all of the sisters, group leaders, and campers of the 2017 Summer Camp. This song and “All the People Said Amen,” by Matt Maher (another song that Sr. Clare sang a lot), were the two camp hits.

We hope and pray that this song’s message will continue touching people’s hearts.