May He Be Seen in Me as in Her

Mamen Preciado, Spain:  Really, nothing is impossible when men and women synchronize with God's will and desires.

After having seen the documentary All or Nothing: Sr. Clare Crockett, Mamen Preciado wrote to us from Elorrio, Spain. She describes to us the “desire for holiness” that this screening provoked in her. 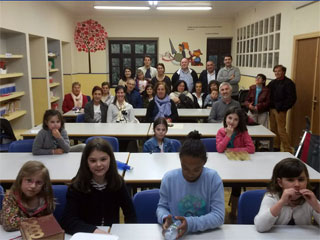 On Sunday, May 27, 2018 we screened Sr. Clare’s film in Elorrio. It was a family encounter in which people of all ages gathered together. We began by praying the rosary and afterward saw the film. During the documentary there were tears, laughter, but -above all- as the film advanced, the “desire for holiness” grew within us, to be a little bit like this fun sister with such a firm determination. 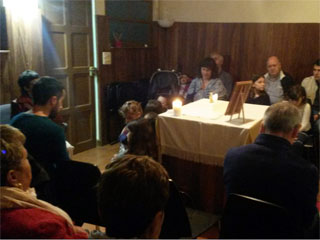 After having seen the film, we shared what it had provoked in us. We had the blessing to be with people who had personally known Sr. Clare, and they shared with us memories and anecdotes.

Since I saw this film, an idea comes to my mind constantly:  the “great team” that the human being forms when he or she unites him or herself to God. Really, there is nothing that is impossible when men and women synchronize with God's will and desires. 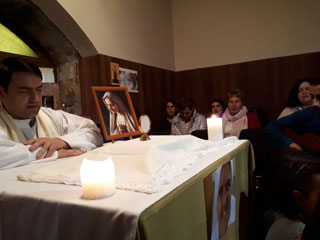 There are so many things that I would like to ask Sr. Clare for in inheritance: her joy, her will, the trust to “sign a blank check every day,” her self-surrender, her smile… Hopefully someday He will be seen in me with half of the clarity that He was seen in her!