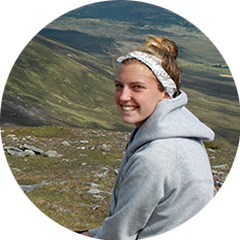 Sarah Soboleski is twenty-five years old and is from the United States. Sr. Clare was a key instrument in her conversion process, so much that she defines her as “a spiritual mother.” She also remembers how much visiting Derry, Sr. Clare’s birthplace, impacted her, and the trust sisters had that the Lord cared for her family that she loved so dearly.

My name is Sarah Sobelski and I am 25 years old. I am a nurse and I have been a lay member of the Home for about five and a half years.

I met Sr. Clare at Ave Maria University right before going over to Spain to meet the Home. I just felt like the Lord was asking me to give a little bit of time of my life to discern my vocation and to get to know Him because I didn’t really have a good relationship with Him. Surprisingly, Sr. Grace, Sr. Clare and I flew over together to Spain. That’s when I first met her and that was my first impression of the Home. It was really silly and free. We just laughed a lot. I was coming out of many things and just struggling with a lot of things in my life, so it was just so awesome to see these young women so happy and that they didn’t care that people were staring at them because they were in habits. I had never really associated with nuns before, but surprisingly I didn’t feel embarrassed about it. 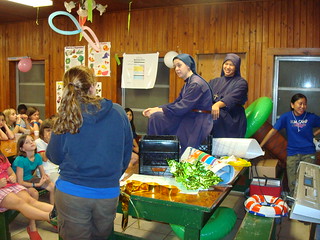 As soon as I got to Spain, so much happened in my heart right away. Within a week of being there, I felt called to enter as a lay member of the Home and I asked Sr. Clare to be my spiritual director. She accepted and really helped me during that initial time in my life when I first had my real conversion. I took the Catholic faith on for myself and learned about Mary and the Saints just because I never cared to before. She just helped so much through that time in my life. I owe a lot to Sr. Clare, the salvation of my soul! I am very grateful to Sr. Clare.

She was really fun to be around. I loved it when she was with us. She was entertaining and selfless. She never thought about herself. I remember one time I was meeting with her and didn’t know that she was feeling sick. I was having spiritual direction and all of a sudden she said, “Hang on, I am going to be sick,” and went and threw up. I told her to go back to the convent and that we could talk later. She just never thought about herself at all. 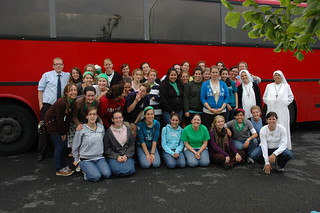 Pilgrimage to Ireland in 2010

It was really special traveling with Sr. Clare to Spain again before the pilgrimage to Ireland. During the trip a lot of girls were really tired and didn’t like the food. She just entertained us. She would be in the bus and she would stand up and do one of her roles that she used to do. The bus driver loved traveling with us even though he wasn’t even Catholic. He was very inspired by these young women. I don’t know what went on or the conversations that he had with the sisters, but their relationship with God was really inspiring for him. He flew to Spain for Sr. Clare’s perpetual vows. He was really touched. He said he had never driven a group of people that was so joyful and that had so much fun.

The biggest thing that stuck out to me during that trip was when we were in Derry. I had heard a lot about Sr. Clare’s life. I also had heard about the Catholic vs. Protestant terrorism and the violence that had taken place in Northern Ireland. It was crazy to see where she came from with my own eyes.

I remember all of Ireland was so beautiful and green, and when we got to Derry there was graffiti everywhere. The people were speaking this crazy accent that I couldn’t understand at all. I remember we met with all of Sr. Clare’s family members. There were so many of them and they looked so tough and kind of like worn torn in a way. Sr. Clare was so touched at seeing all of her family members that she started crying so we all started singing a song for everyone. She then began to share her story with her family. After that, I asked her, “Don’t you worry about your family? You had this complete change of heart and you are living your life completely for God. Your family is still surrounded by all this violence, and they don’t have the same relationship with God as you do. Don’t you worry that you are not with them?” And she just repeated the words of St. Catharine of Siena: “If you take care of my things, I’ll take care of your things.” She continued saying, “I am taking care of God´s things now so I am not worried at all. He is going to take care of all of my things, so I don’t worry about them at all. 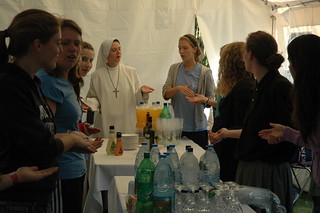 I was traveling on my way from Jacksonville when I found out about what happened to Sr. Clare in Ecuador. I got an email from the sisters saying there was an earthquake in Ecuador, but nothing else. I wondered if that affected the sisters but didn’t think anything else about it.  As the day went on, I got another email and it said that their house had been destroyed and that they were missing people. My little sister was texting back and forth with my cousin who was just in Ecuador last year, so she was getting text messages and phone calls from a girl in Ecuador telling her what was going on. My whole family prayed and they were so supportive because they know how close the Home is to me and how close I was to Sr. Clare.

Rachel was the one who told me that Sr. Clare was the one who was missing. Of course it would be tragic if any of the sisters were missing, but it was one that was really close to me.

I remember the next day I went to Mass by myself and offered it up for her. I went to the chapel and I just felt like she was laughing at me. I wasn’t really sad anymore because it was as if she was asking me, “Why are you so sad? I am with the One I gave my life to. This is exactly where I am supposed to me, I don’t want to come back.”

I believe she is doing so much more good up there than when she was down here. Now her story is being spread to so many people. If she is canonized, even more people will hear her story, how being famous is not worth it and giving your life to God is so worth it because you can do so much more. It’s amazing, she is like a famous nun now! 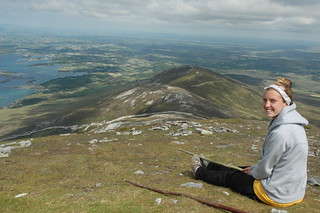 If Sr. Clare could say something to young people I think it would be, “Don’t be stupid. I was where you are. I know what it’s like to struggle and be a teenager, go to college and just be in the world. I know exactly what that’s like and just don’t be stupid. Try to figure out what’s really important and live for it.”

Sr. Clare helped me during a really hard time in my life. We talked a lot about the Crucified Lord and a lot about how Our Lady was there and how she felt during that time. We talked about how I should give Her all of my struggles because She had the ultimate struggle and the ultimate sacrifice. We reflected a lot on that when we talked. We talked about faith in general as well, because I didn’t really know anything. She helped me get to a place where I could kind of stay close to God and to not keep falling back and forth and going back to the things I used to do.

When Sr. Clare was my spiritual director she was very stern with me. I needed her to be, because I was like a little baby Catholic. She would give me concrete things to work on. She would tell me to go to confession every two weeks and to meet with her as often as needed. She told me to go to the chapel every night and go to Mass whenever I could. She gave me really specific things because I didn’t really know where to start. She was very stern when she needed to be. She was kind of mean, in a good way, when I needed, but gentle and loving when I needed that as well. She was very much like a spiritual mother to me and to a lot of other girls. I know she helped a lot of people and everyone knew who she was. She was really good at having relationships with the younger girls, especially the ones in high school and college and the ones who were struggling with wordly things because she totally related to that.