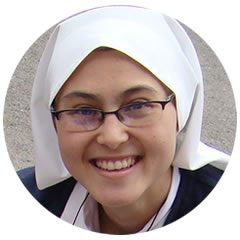 She said to me, “Sister, don’t worry. Nothing’s going to happen. The Sacred Heart of Jesus takes care of us too. You’re fine. You’re fine, right?”

Sr. Helen is from the United States and entered the Servant Sisters of the Home of the Mother in 2011. 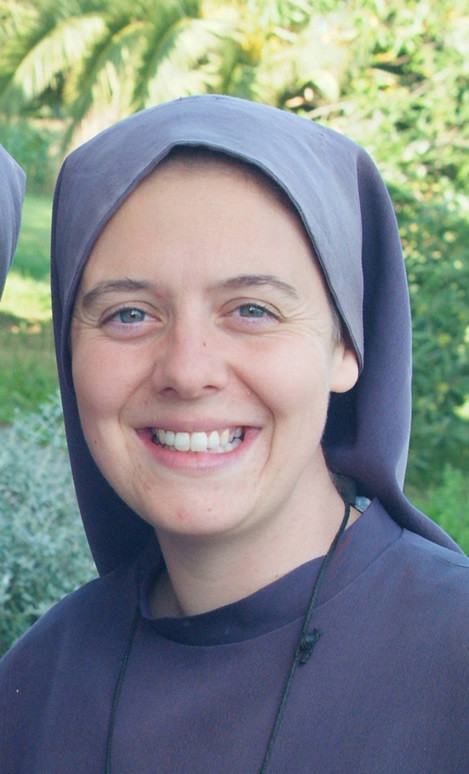 Sr. Clare was in Zurita (Cantabria), Spain, for a few months before she was sent to Ecuador in 2012. I was a first-year novice and I spent a lot of time with her. I will always remember one day when we were working together to finish re-roofing our house. She was the only professed Sister that day, and was in charge of the rest of us novices. We had formed a human chain to pass the roof tiles from the ground up to the top of the scaffolding where the Servant Brothers were putting them in place. It was raining that day. Only three of the Sisters were able to go up on the scaffolding, while the rest of us remained on the ground forming the chain. I have always had a fear of heights, so I tend to stay as close to the ground as possible. But, at one point, the Sister that was the highest up on the scaffolding cut herself, and had to come down. Sr. Clare couldn’t do anything else but ask me to go up to the top. I had to make a big effort, but trying to be courageous, I went up. But as soon as I start to work, I got a little off-balance and was paralyzed with fear. I looked at Sr. Clare and said that I couldn’t keep going. But she looked at me and started telling me the story of a guy who was very devout of the Sacred Heart of Jesus and worked on a skyscraper in New York.  In a very dangerous situation, someone saw the Sacred Heart close to him, right behind him as if He were protecting him. When she finished telling me the story, she said to me, “Sister, don’t worry. Nothing’s going to happen. The Sacred Heart of Jesus takes care of us too. You’re fine. You’re fine, right?”

More or less this is what she said to me. Every time I remember her words, a certain peace fills me, and I also connect it to obedience, since I only continued working out of obedience. Ever since then, any time I’ve had to do something that I was afraid to do, I remember this lesson from Sr. Clare: that Jesus is watching out for us and that obedience gives us strength.