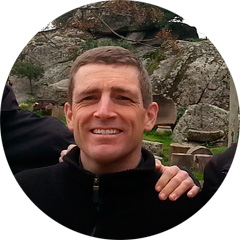 I wanted to thank her for all she had done, especially for the music and singing… and with a spontaneous wave of the hand she just answered: "It's all for the glory of God".

When I was saying my goodbye to her after the Holy Week encounter I also wanted to give her my thanks for all she had done, especially for the music and singing, which made a great difference in the celebrations and which also made a great impression upon me. Obviously I didn't say all of that to her but just gave her a simple thanks for it all. I saw that she felt a bit uncomfortable in taking upon herself any praise or recognition and with a spontaneous wave of the hand she just answered: "It's all for the glory of God".

It was a nice way of directing the attention away from herself while at the same time no falsely shunning the gratitude due to her for the gift which she selflessly put at the service of others," all for Gods Glory".

It was also a nice memory for me to take away with me and with which to remember her by. Only the evening before, just before the celebration of the Easter vigil she came into the sacristy to consult about the songs to be sung during the mass. She asked me if I was going to sing the dismissal with the double alleluia at the end. I can't say I am the most confident of singers and with not having practiced it I didn't feel good about doing it. She was trying to encourage me to do it and so she said: "Fr Raphael always makes the effort to sing it, even though he doesn't have the best of voices". At this, I bolstered up the courage to make an effort there and then to sing it so that she could help me. I got the "Go in peace, Alleluya" alright, but the second "Alleluya" came out all over the place. At that, she just said: "No. I think you're better off leaving it out", and with that she left the sacristy, bursting with laugher, which I didn't mind at all. Everyone has their own gifts. I hope to use mine selflessly and generously in the service of others, too, like her, "all for the Glory of God".