Sr. Beatriz Liaño:  Sr. Clare had not been a part of the community for very long when this anecdote took place. I think she was still a candidate, although perhaps she was already a novice. All I know is that I had a hard time understanding the mystery of her nationality.

I must admit that ultimately the fault was mine in my ignorance on the serious issues derived—and still deriving—from Northern Ireland’s belonging to the United Kingdom. Because of that, Sr. Clare was considered English, which is why I did not understand why she would present herself as Irish.

As she insisted on the fact that she was Irish, I asked her about it directly (or perhaps “imprudently” is more the word). I said, “OK, let me get this straight. Is your passport English or Irish?” She got quite serious with me and responded: “If you were to ask this same question to one of my family members, they would kill you for sure.” And she left without any further explanation. It was really a mistake on my part, albeit with good intentions. I really had no idea about the problems in Northern Ireland, including the Good Friday Agreement that put an end to violence in Northern Ireland and stated that Catholics in Northern Ireland could apply for Irish citizenship and have an Irish passport. To make a long story short, my insistence on the topic was very imprudent. I realized it was a touchy subject and did not bring it up again. 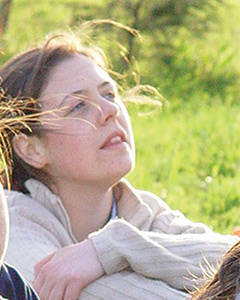 When I saw her again later, Sr. Clare had a smile back on her face and greeted me as if nothing had happened. It had no effect on our relationship, but when I became better acquainted with the suffering and discrimination of Catholics in Northern Ireland, I realized Sr. Clare had behaved with great self-control when faced with my uncomfortable question.

Shortly after her death, I told this story to Sr. Emma Maria Haynes, who is English. I asked her if her being English had ever been a source of tension in her relationship with Sr. Clare. Sr. Emma Maria told me that she had never had any problems with Sr. Clare. In fact, it was precisely my question that made her realize that her nationality could have been a source of tension. And yet, Sr. Clare had never made the slightest comment or shown any resentment towards her on account of her origins, not even with jokes or sarcasm. In fact, they had always had a very good, close relationship.

So, that was my mistake with Sr. Clare. But, as the saying goes, “All’s well that ends well.”

My indiscrete question allowed me to be a witness of how, from early days as a Servant Sister and in such a delicate topic, Sr. Clare “placed nothing over Christ” and lived out the universal charity the Lord required of her.