She Was Determined to Live Her Catholic Faith Radically 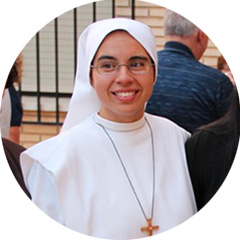 "When she was around there was always laughter and true joy." 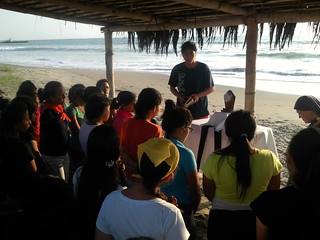 Catalina during the Camp in 2016

Catalina was the Camp Leader during the last camp we had in Manabí this past March 2016.  The counselors who were in charge of the smaller groups would sometimes go to talk with Catalina, to tell her all that was going wrong or all that they were worried about with respect to the girls in their groups, but they hardly ever got a chance to.  It’s because whenever they would go up to Catalina, she would say something silly or make some funny sound that would make them laugh and made them almost forget why they were so worried in the first place.

When all of the sisters in Chone – except for Sister Leticia – were sick because of a virus called “chikungunya”, Catalina and Julissa came to the house to lend us a hand, especially to help Sr. Leticia.  We had to ask for help because that same week we had planned day retreats every morning with children from the St. Mariana of Jesus School. Sr. Leticia and I were in charge of those retreats, but because I was sick with chikungunya I wasn’t going to be much of a help. Sister Estela asked Catalina and Julissa to help out.  It was all really last minute, but both of them reacted with a complete willingness to help. That same night they travelled from Playa Prieta to Chone to help us, even though they didn’t fully know in what that “help” consisted.  But they came and they helped us out a lot.  Sister Leticia said that Catalina was amazing: even before she was able to express with words what she needed, Catalina was already on it. She hardly ever had to actually ask her for help, because before she even realized that she needed something, Catalina was already finding a solution to the problem. She lived with us that week and totally fit in.  During lunch, they would tell us the adventures they had had with the kids that morning, and the way Catalina talked she was so expressive and so funny that we would just spend the whole time cracking up. When she was around there was always laughter and true joy. 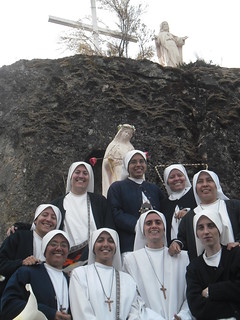 The Sisters during the pilgrimage to Cajas.

During a pilgrimage that we organized – I don’t remember if it was to Quito or to Cajas – I sat next to Catalina on the bus and we started talking.  She was still just getting to know us, but you could tell that she was determined to live her Catholic faith radically. She asked me a bunch of questions, you could tell that she was a deep thinker. She asked me to tell her my vocation story and I told it to her. She was like a sponge. If she had a doubt, she never hesitated to ask, she was very sincere and simple. She was astonished at the fact that so few people in the world truly know God (she included herself). We spoke about many topics: history, why there is evil in the world, God, Our Lady, holiness and many other things. She really impressed me, above all because in the midst of her joy and her ability to make everyone laugh, she was not at all superficial, she was very profound, with a beautiful, transparent, and generous soul.

Published in Memories of Catalina
back to top